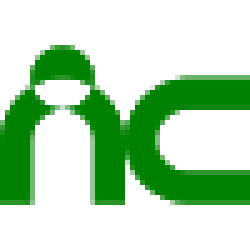 Holder in Due Course

Look at the cause and effect.
Why is there no money in circulation?
Who had the authority to demand the money be given to the Federal Reserve Banks by May 1, 1933?
The money is in trust for the people in the states.
Constructive Trust (necessary when fraud is involved) no unjust enrichment Trust corpus Trustee Beneficiary

You cannot pay. He who has the gold, pays the bills.

You are exempt. He who demands payment, knows or should know there is no money.

You are not expected to pay.

You loaned all your substance to the fiction by application and registration. You have nothing but possession.

You have no titles to substance. You only have title to your rights. Everything is pre-paid.

EXEMPTION – Freedom from a duty, liability, or other requirement. Black’s 7th

Some unintestinal act, omission, or error arising from ignorance, surprise, imposition, or misplaced confidence. A mistake exists when a person, under some erroneous conviction of law or fact, does, or omits to do, some act which, but for the erroneous conviction, he would not have done or omitted.

It may arise either from unconsciousness, ignorance, forgetfulness, imposition, or misplaced confidence. Black’s 4th

Unless displaced by the particular provisions of this Act, the principles of law and equity, including the law merchant and the law relative to capacity to contract, principal and agent, estoppel, fraud, misrepresentation, duress, coercion, mistake, bankruptcy, or other validating or invalidating cause shall supplement its provisions.

BILL OF EXCHANGE – An unconditional order in writing addressed by one person to another, signed by the person giving it, requiring the person to whom it is addressed to pay on demand or at a fixed or determinable future time a sum certain in money to order or to bearer. Sometimes called a trade acceptance. [Also called letter of exchange.] [Written order from A to B to pay C.] Black’s 4th

TRADE ACCEPTANCE – A draft or bill of exchange drawn by the seller on the purchaser of goods sold and accepted by such purchaser.  Black’s 4th

NEGOTIABLE INSTRUMENT – UCC 3-104(e) An instrument is a “note” if it is a promise and is a “draft” if it is an order. If an instrument falls within the definition of both “note” and “draft”, a person entitled to enforce the instrument may treat it as either.  Black’s 4th

LETTER OF CREDIT – credit instrument issued by a bank {John) guaranteeing payments on behalf of its customer (JOHN) to a beneficiary {creditor), normally to a third party (creditor) but sometimes to the bank’s customer (JOHN), for a stated period of time and when certain conditions are met. Letter substituting the bank’s (John ’s) credit for the credit of another party (JOHN),., (words added)Barron’s Dictionary of Banking Terms, Thomas Fitch, Second Edition

You can get into trouble for filing a false or fictitious claim.

If your claim is not false, there is no foundation for a false claim charge.

If you had no intent to file a false claim, there is no foundation for a criminal penalty.

If the claim is considered to be fictitious, you should have documentation to back up the filing.

No comments to show.