Mindset of the Wealthy

It’s no secret that wealthy individuals think differently. There are various tools that wealthy people use in a variety of ways to generate wealth. The most common tools are leverage, compounding investments and profits, and creating multiple streams of income.

Compound Interest – The 8th Wonder of the World 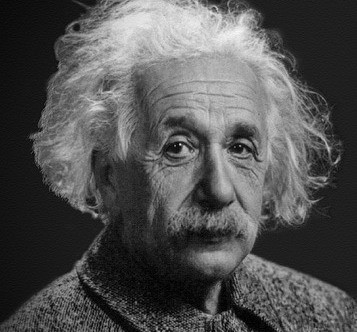 “Compound interest is the eighth wonder of the world. He who understands it, earns it … he who doesn’t … pays it.”

What’s so Powerful about Compound Interest?

I was recently working with this concept during a conversation with my kids. I asked them:

While I certainly believe that you can double $5 to $10 dollars in a day and probably $5,000 in to $10,000 in some days, I don’t believe that you can consistently double millions of dollars over and over again daily. While the thought of doubling your money indefinitely is impossible, it does show the power of reinvesting your gains and allowing your investments to grow over time.

Many people would say that if you make a 10% fixed rate of return on your investments that it would take 10 years to double your money. That would be true if the money was not compounded by reinvesting, but if reinvested, it would actually take about 7 years. Much of this will depend on the periods that the interest is accrued. If interested is compounded daily it will happen faster and if it is compounded monthly or annually it will happen a little slower.

To determine how long it will take you to double your investment at a fixed interest rate, the rule of 72 is en easy way to do so. Basically, you divide the rate of interest over a period by 72 to find out how fast an investment will double. While the Rule of 72 is not entirely accurate (69.3 is actually more accurate) it is an quick way to understand how long it will take to double your investment. For instance… if you can generate a rate of return of 9% annually, it will take about 8 years (72 divided by 9) to double your money. If your 9% is actually compounded as .75% monthly (9% divided by 12 months) then you will see that rule of 72 still provides an answer of 96 months or 8 years, but because the interest actually compounds faster, it will actually happen a little faster. Regardless of the accuracy of the rule, it is an easy tool to understand compounding interest and the time it takes to double your investment.

Higher ROI is usually generated by using leverage. Leverage is using resources to increase the effectiveness of your activities. We leverage can technology, people, expertise, and even other people’s time and money to achieve greater power with our investments.

Unfortunately, we reach market saturation at some point. We don’t have access to a large enough audience. The market doesn’t have enough opportunity (liquidity problems.) At that point, we have to find other streams of income to continue to grow our investing or business activities. We should always seek to more passive income as our business activity. Passive income allows us to utilize our time in other activities, whether personal or professional. This is true financial independence.

Tommy realizes that it cost him about .25 in lemons, sugar, and cups to make lemonade that will sell for $1,00 per cup. He spends $5 in the necessary materials and makes $20 at his lemonade stand.

After a couple of days of success with his lemonade stand he decides to reinvest his entire $20 in supplies which will allow him to make 80 cups or $80 in lemonade. This is the power of compounding interest. If he reinvests $80, he can sell 320 cups, then over 1,200 cups, and over 5,000 cups of lemonade each day by the end of the week… but he runs in to a problem. There are only enough buyers in his neighborhood to sell 50 cups each day.

Tommy decides to enhance his sales by incorporating leverage. He highers Joe in another neighborhood to run another lemonade stand. While each lemonade stand produces $50 in sales each day, he has to pay Joe $25 for his time each day. Tommy is now making $75 daily on his 2 stands. He decides to ask Jill about setting up another lemonade stand in her neighborhood. The sales from all 3 lemonade stands will now net him $100 each day, but he runs in to another problem. Squeezing 150 lemons each day is tough work and Joe and Jill only want to sell lemonade, not squeeze lemons.

Tommy finds a lemon squeezing machine (leveraging technology) for $500 and doesn’t have the money to get it. Joe then leverages his money by asking for a loan from his parents. He asks his parents to loan him $400 for the machine, so he only invests $100 up front for the new machine. He gets the loan, but has to pay $50 each week for 10 weeks to pay back the loan plus $100 in interest (greedy parents charging 25% interest.)

The lemonade stand is only open 5 days each week, so he is profiting $500 weekly after paying Joe and Jill, but has to until the loan is paid off, he is only profiting $450 weekly. He is looking for more ways to reinvest his profits (compounding his ROI.) Running more lemonade stands is hard work, so he spends his $450 to create Tommy’s Lemonade Stand Franchise. He sells his franchise idea to kids all over the country his Lemonade Franchise at $50/year (franchise fees) and 10% royalties on their profits (leveraging expertise.) He is now profiting $500 weekly from his 2 lemonade stands and has is selling 1 franchise each week generating $50 annually and $5/day in royalties. After 2 months, he is still making $500 weekly from his stands, collected $400 in franchise fees, and making another $40 daily in royalties.

As you can see… it becomes difficult at this point for little Tommy to continue to find ways to reinvest the profits from his soon to be massive Lemonade Empire so he begins lending money to his franchisees to expand their businesses and even offers than referral bonuses for marketing his franchise to others. While that math gets too big for the scope of this mental exercise, Tommy is well on his way to generating a 6 figure income within a year or two… all with .25 lemonade.

How to apply this to your investing activities

If you can invest in a manner to achieve a consistent weekly return on investment (ROI) of 5% weekly, you would double your money about every 15 weeks or so. That’s less than 3 months. If you double your money every 3 months, that means 4X in 6 months, 8X in 9 months, and actually as much as 16-20X your investment every year. Now anyone who can tell you that they can consistently generate 5% ROI weekly is lying to you. I have weeks were I make 25% ROI and better and weeks where I lose money. Overall, I probably average 2-5% monthly on most of my investments. You will find that the more money that you try to invest, the more difficult it becomes to achieve consistent ROI. No market has the ability to generate high ROI for millions or billions of dollars and the higher ROI usually accompanies higher risk. High ROI investments usually require leverage of some sort. This is why risk management becomes so important in working with leveraged investment products.

Understanding leverage and reinvesting your profits are some of the simplest and most powerful tools used by the wealthy. At Investors Compound (can you figure out where the name comes from?) we seek to educate you with options and opportunities to invest, leverage, and create multiple streams of income. Join us today in your journey to achieve financial independence!

How to Support the Investors Compound

Our goal at Investors Compound is to provide education to lead you closer to financial freedom and independence. This page is mainly supported through affiliate programs, so if you are interested in any product or platform reviewed or written about, please feel free to sign up through the link provided. You support helps the continuation of great information and guidance provided.

The Application of Knowledge is Power –Ross v2.0

share this
About Ross
I have been a sales and marketing professional for over 20 years and an active investor and trader for over 10. I am currently invested in Real Estate, Cryptocurrency Stakes, REIT's, and Dividend Stocks. I actively trade Index and Equity Options, various Futures, and Cryptocurrency each week and often daily. My goals are to continue my pursuit of Financial Independence by building multiple streams of passive income and to help others do the same.
Tagged as Compound Interest Einstein Leverage Mindset Multiple Steams of Income Rule of 72 Tommy's Lemonade Stand
related posts